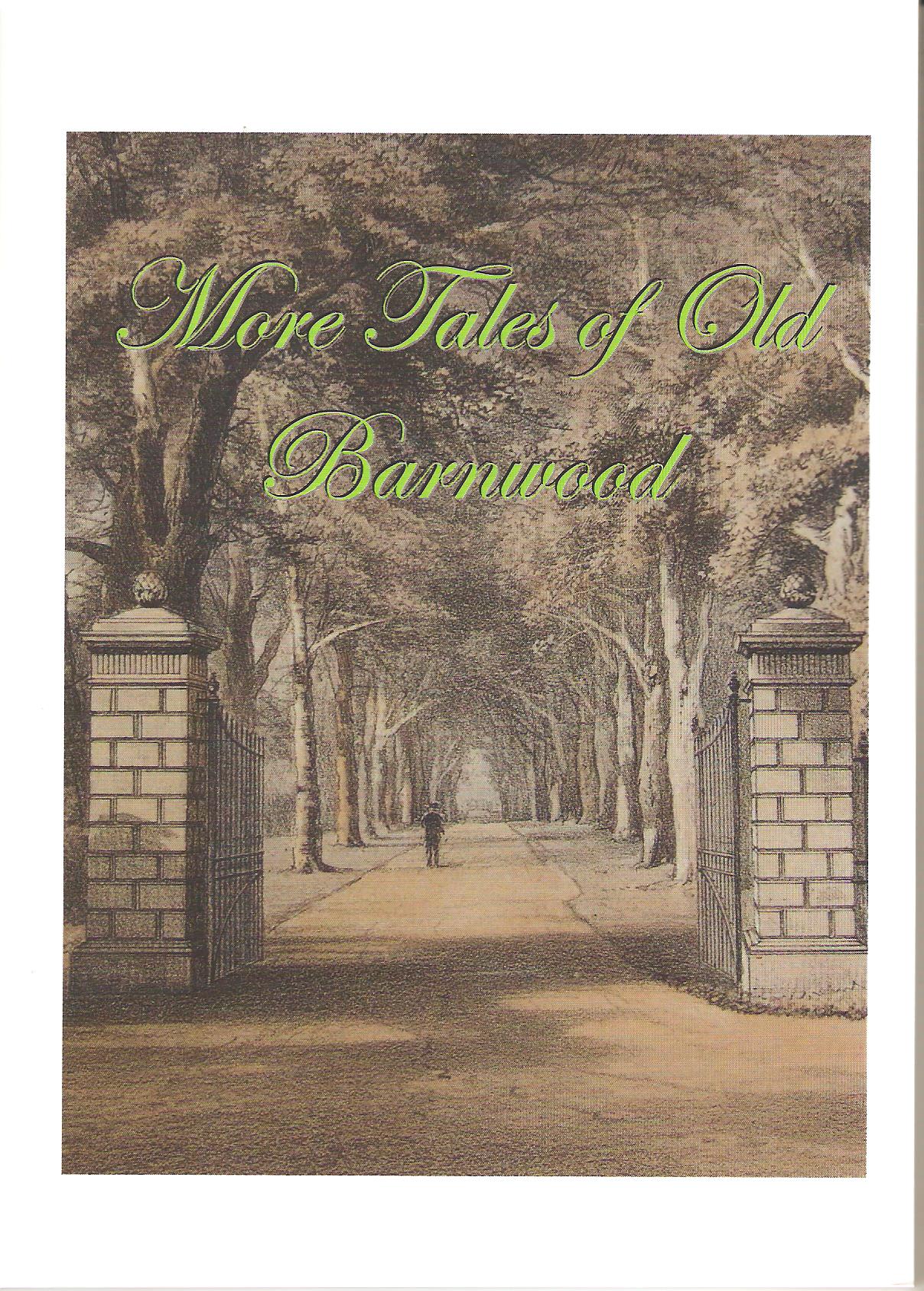 This new book on old Barnwood, consisting of 120 pages and containing 100 pictures has been written by Richard Auckland and Brian McBurnie as a follow up to Tales of Old Barnwood. It contains a large section on the history of Barnwood House Hospital, the private mental institution which dominated the parish for over a hundred years, and the memories of some of its former employees. Articles on the Barnwood smallpox epidemic, the development of scouting in the parish and the story of Doris Warren's time at Barnwood School are also included. The history of the church choir, the building of the Parish Centre and some interesting stories about the Avenue are among the 33 "chapters". It has tales, too, about some of those associated with Barnwood; people such as Sir Charles Wheatstone, Sir Edmund Saunders and Mary Cole (a Barnwood girl who could have become the Queen of England). This is not a "then and now" book, although there are a few pictures of the area as it used to be, including a previously unpublished photograph of Budgens when it was the local tea rooms.